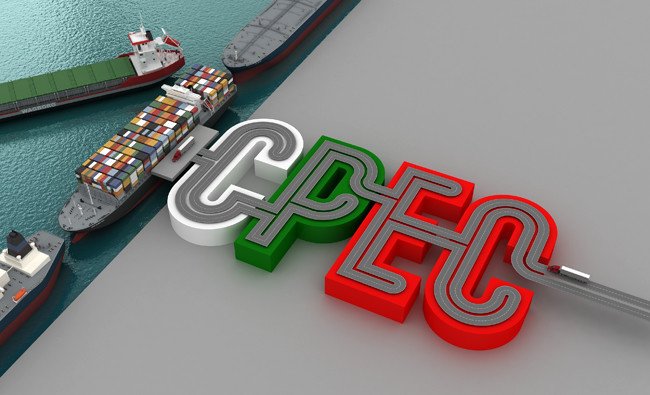 China Pakistan Economic Corridor (CPEC) has been again strongly criticized by the USA. The top US diplomat for South Asia, Alice Wells, said that the CPEC heralded as a game-changer by both countries would profit only China and offered a better model of so called economic development through sustainable partnership. But track record of the Pakistan and the US relations of the past refuted this claim.

Time and again, the US has been showing its anger about ongoing CPEC through different means. Now once again the US warned Pakistan that it faced long-term economic damage with little return if China keeps pursuing its giant infrastructure push in terms of the CPEC. She termed it on-sided economic dividend to China. She noted that the multibillion-dollar mega project (US$60 billion) was consisted mainly on non-concessionary loans, with Chinese companies sending their own labour and material.

She propelled that the CPEC would disturb long terms socio-economic goals of Pakistan especially, when the bulk of payments start to come due in the next four to six years. She suggested the United States could not come to Pakistan with offers from state-run companies (in case of the CPEC), Wells said private US investment, coupled with US grants, would improve the troubled economy’s fundamentals with so called superior values, processes and expertise that build the capacities of local economies. She pointed to interest in Pakistan by US companies including Uber, Exxon Mobil, PepsiCo and Coca-Cola, with the soft-drink makers together investing $1.3 billion in Pakistan.

Chinese Ambassador to Pakistan Yao Jing timely responded that the CPEC had brought phenomenal economic success to Pakistan and produced tangible economic benefits for the people alike. CPEC is fulfilling the country’s energy needs, providing 30 percent of total electricity generation and providing energy security for economic development in the country, the ambassador added. He termed all projects related to CPEC “clean and transparent”. He further said 75,000 Pakistanis are directly employed in CPEC projects while there are 200,000 indirect beneficiaries and that over 100 Pakistani companies are involved in CPEC projects, which will generate 2.3 million jobs till 2030 and will contribute 2-2.5pc to Pakistan’s GDP.

Chinese Foreign Ministry's spokesperson Geng Shuang termed United States Assistant Secretary Alice Wells' recent comments on the China-Pakistan Economic Corridor (CPEC) program as "mere repetition of old slanders against China, the CPEC and the BRI". He pointed out that Wells' claims had swiftly been refuted by the Chinese ambassador to Pakistan as well as top government officials in Islamabad, including the foreign minister. In his press briefing Geng slammed Wells' statements and said: "China and Pakistan have clarified and refuted such smears time and again. However, some in the US still use the same old script. He said China puts "Pakistani people's interests first" and insisted that CPEC's projects had led to creation of employment for the locals and improvement in transportation and power infrastructure. He claimed that CPEC projects had also "contributed one to two per cent" to Pakistan's economic growth.

"The US side, in total disregard of facts, has been talking all about the fabricated 'debt issue' with the true aim to disrupt CPEC development and sow discord in China-Pakistan relations with malicious calculations," Geng regretted. He rejected the claims that China was creating a debt trap for Pakistan, saying that more than 80 per cent of the CPEC projects were being funded by direct investment or grants from China. "According to statistics released by the Pakistani side, debt incurred from the CPEC stands at 4.9 billion US dollars, less than one-tenth of Pakistan's total debt.

Foreign Minister Shah Mahmood Qureshi declared that Pakistan had "rejected that view". He added: "We do not think that the burden of CPEC will increase our debt burden."

Pakistan, China being a strategic partner, strongly rejected Alice Wells baseless statement about the CPEC and agreed to expand cooperation in the diversified fields of mutual interest. CPEC is the combination of mega projects of energy, development of associated industries, infrastructure, communications, transportations, massive industrialization and the last but not the least, national and regional connectivity beyond borders.

Newly appointed Minister for Planning Asad Umar said that relations between the two countries "will never fray". The federal minister strongly rejected the notion that China was the sole benefactor of the arrangement. He elaborated that Chinese firms got business as their machinery was exported and came to Pakistan. The lack of infrastructure in Pakistan, especially in the power sector, was where a lot of the country's needs were met. Besides that, CPEC became a source of financing in large amounts which was previously unavailable for Pakistan. So a base for infrastructure was laid out in the first phase and now further developments will take place in the next phase.

The minister said that Wells' primary contention was that Pakistan is sinking further into the quagmire of debt with CPEC. He explained that "our total public debt right now is $74bn of which the Chinese debt amounts to $18bn even less than one-fourth of the total debt. And if I further break it down, the CPEC debt under this figure of public debt is $4.9bn not even 10pc of the total debt," the minister noted.

He said that Wells' argument that the commercial loans were expensive and do not have a long enough payback period was incorrect. "The public debt obtained from China has a maturity period of 20 years and the interest is 2.34%, which is cheap. And if I include the grant element, the interest value slides down to about 2%," the minister explained.

Dismissing her allegation that Pakistan's development will be limited under CPEC, Umar said that in the first phase the infrastructural development had focused on roads and energy projects. On this basis, he added, Pakistan will see industrial development.

He also said that the scope of CPEC had been broadened to include an emphasis on agriculture and social sectors. "So there is, in fact, progress to be expected ahead by leaps and bounds on the basis of CPEC," he stressed.

The Ministry of Planning, Development and Reform refuted Wells' assertions, saying her views were based on "wrong analysis and incorrect assessment of the facts". A spokesperson for the ministry said CPEC projects are "not adding to the woes of the country" in terms of debt burden.

"IMF officials during the last visit also endorsed the factual stance by stating that they had full access to borrowing and maturity terms of the CPEC projects and its loans were manageable. It said that primary data collected from 12 projects under CPEC revealed that of the 81121 total workforce in these projects, more than 90% are Pakistani workers.

Defusing the diplomatic tension the US Ambas­sador to Islamabad Paul W. Jones said Pakistan has a sovereign right to decide its future with regard to the China-Pakistan Economic Corridor (CPEC).

Under umbrella of the CPEC, the Faisalabad zone, known as Allama Iqbal Industrial City (M3) has been completed and will be ensured before the end of the calendar year. Ground-breaking of Rashakai and Dhabeji SEZs will also be achieved within the current financial year. He noted that the Dhabeji SEZ was also being developed on fast-track basis and hopefully it would come online shortly after Faisalabad.

The battle of narratives has become the bedrock of international politics and social media a powerful tool to fuel this battle. Fake news, biased reports, prejudiced articles and instigating documentaries have been trying to pollute the minds of people against CPEC and BRI.

Pakistan is under serious threat of hybrid war since the start of terrorism in the country which has been intensified because of the dawn of CPEC. Various hostile regional agencies especially from India and Afghanistan have been operating in the country to derail the activities and projects of the CPEC.

Despite secretive operations of regional agencies and crusade of propaganda, Pakistan and China have maintained highest levels of mutual trust and respect. The trade deficit between China and Pakistan would reduce with the establishment of economic zones being set up after the China Pakistan Economic Corridor (CPEC) becomes operational. The economic zones would help increase exports, which would in turn decrease the trade deficit.

Pakistan and China have so far been successful in completing first phase of CPEC mainly focusing on energy and infrastructure projects. The second phase of CPEC relating to industrial development in Pakistan including modernization of Gwadar port is under discussion and initial implementation. As per long-term plan by 2020, CPEC would take an initial shape addressing major challenges to Pakistan’s economic and social development and boosting economic growth for both countries. By 2025 it is expected that most of the CPEC projects would be completed with the industrial system fully operational contributing to socio-economic development of Pakistan. The smooth implementation of CPEC and Pakistan’s success in the war against terrorism are two game changers which are not liked by enemies of Pakistan.