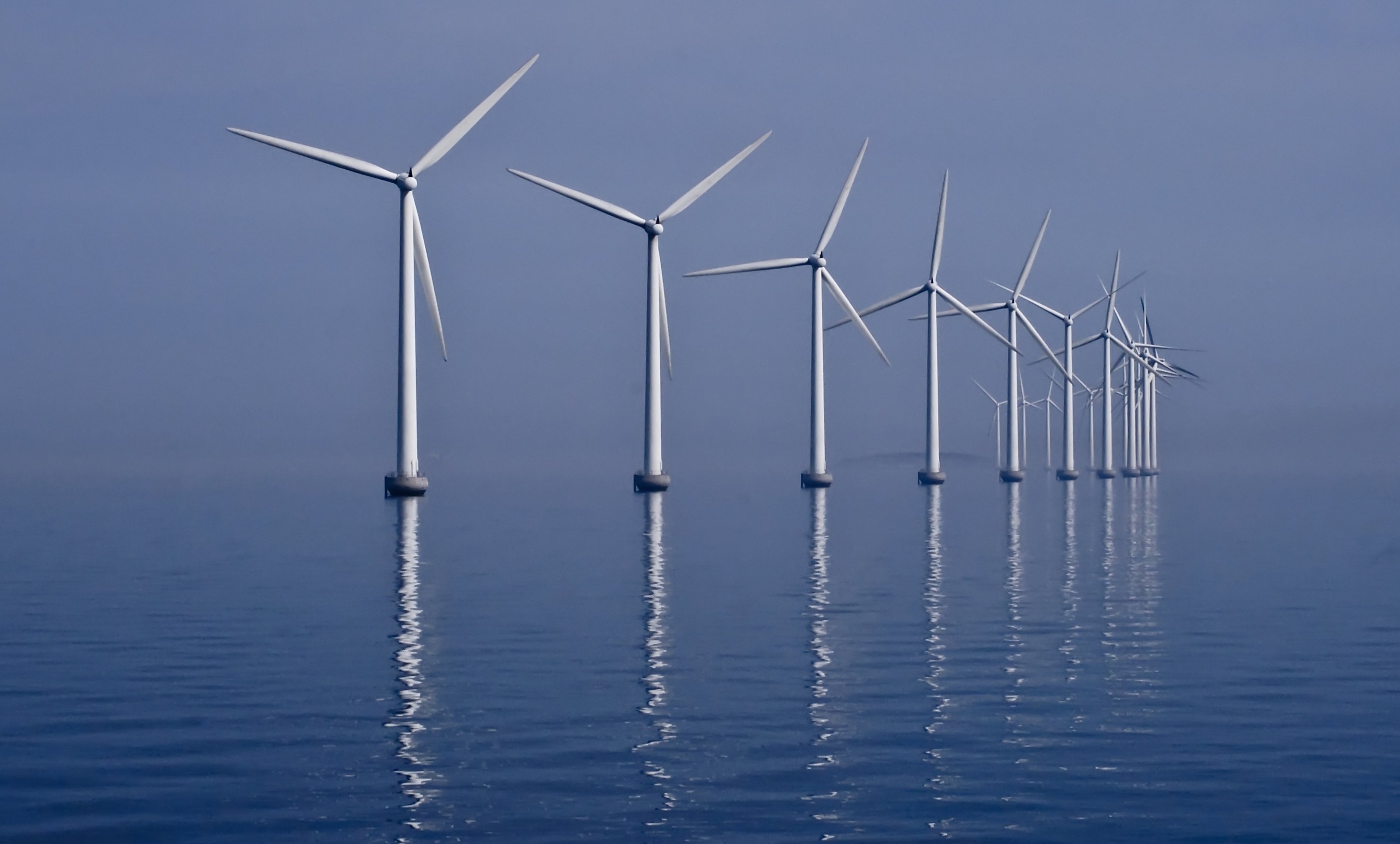 Energy has become one of the hottest issues in the global geopolitics and socio-economic prosperity. Ongoing trade wars, rise to protectionism & sanction-ism, sever fluctuations in international energy markets and weak global economic outlook all value the strategic importance of “energy charter treaty (ECT)”. Energy fuels economies and its sustainability holds the key of immense social development, reduction of carbonization and above all survival of humanity on this planet.

Where, The Organization of Petroleum Exporting Countries (OPEC) is on the decline because of recent defection of Qatar, International Energy Agency (IEA) limits only to oil (supply & demand) having limited scope of supervision because of rise to protectionism and geopolitical compulsions, International Energy Agency (IRENA) mainly deals with green energies/renewables which are still not fully “green” and IAEA addresses nuclear energy which is not reliable anymore after Fukushima Daiichi  Japan’s nuclear plant terrible incident.

Empirical data validates strategic importance of the Energy Charter Treaty (ECT) which covers all mix of energies (oil, gas, renewables, shale etc.) along with all aspects of energies (productions, supplies, demands, transit states interests, investments and conflict resolution) though a harmonious legal framework and plate form for achieving global energy security and high inflows of energy investments. ECT stands for energy transit, dispute resolution and investment protection due to which it has surpassed its competitors in the world.

Its onward march in the world and especially in European Union (EU) has produced some irritants about its actualization, operationalization and real motives in tiny countries like Netherland, Italy and Denmark. Bicycling may be good for human health but may not be necessarily good for struggling economies definitely energy is the only way out to achieve a qualitative life.

To malign ECT, the western lobby (two leading European non-profit research and advocacy groups Corporate Europe Observatory (CEO) and the Transnational Institute (TNI)) has purposefully pursued and financed in our country too to get published some negative articles raising baseless concerns about ECT and labeling it “trap” for Pakistan. Easy money even has swayed over intellectuals (pseudo) to make false narrative against ECT and its so called “ill designs” in the country. Being a transparent and well reputed organization the ECT does not have any ill design against Pakistan or its people at large. It carries an instrumental legal framework to resolve conflicts and not banks on conspiracies.

On the contrary, ECT is all out to help Pakistan to overcome its energy deficits through providing an ideal platform to seek more and more inflows of investments in the energy sectors. ECT is committed with Pakistan to get resolved its issues (if any) in bilateral or trilateral capacity for achieving energy investments, security and equitable treatment in case of any conflict emerges afterwards.

Pakistan Tehreek-e-Insaf (PTI) government is striving hard to attract foreign countries and companies to invest in the energy sector of the country. Although China Pakistan Economic Corridor (CPEC) is making difference in the domestic energy scene but still destination of energy-reliance and energy diversity is a far away and hard to achieve. Keeping in view conflicting socio-economic constrains and geopolitical limitations particularly in case of CASSA-1000, Turkmenistan, Pakistan, Afghanistan and India Gas Pipeline (TPAI) and even Iran-Pakistan Gas Pipeline, the ECT deems to be best choice for the development of energy resources, energy investments, diversification of energy mix, removal of energy conflicts and the last but not the least, energy projects in the country. Pakistan being an “observer status” marginalizes its full effective participation, utility and productivity in the regional as well as international energy markets. So, it must immediately rectify it and enjoy the unlimited dividends afterwards.

Iran-Pakistan Gas pipeline may be achieved through utilizing the ECT conflict resolution protocols. TAPI is still in between “reality and mirage” may be accelerated by rectifying ECT. Even there is “Chinese TAPI” is going to be emerged in Pakistan very soon which may also be streamlined with TAPI (Turkmenistan) in the near future. Prospects of energy trade and cooperation with most of the Central Asian States (CIS) having full membership of the ECT would also be enhanced in case of CASSA-1000 etc.

Pakistan being an observer country to ECT has still limited access to the flow of strategic information within the framework of the ECT. It is high time for Pakistan to finalise its accession to the “treaty” encashment the full spectrum of benefits accorded to members only, including the application of the ECT’s robust legal framework which is widely deemed to be conducive for the attraction of FDI into the energy sector, particularly from the EU countries but also the likes of Japan, Germany etc.

The ECT envisages energy market restructuring and provides legal safeguards to investment, transit and trade of energy sources including oil, gas, coal, uranium, electricity and renewable energy. It covers land transportation, distribution, storage and supply of energy materials and products by way of transmission and distribution grids and pipelines or dedicated rail lines. It also covers promotion, protection and treatment of investments in case of wars, armed conflicts, state of national emergencies, civil disturbances and similar other events to improve security of energy supplies to nations on a sustainable basis. So, accession to the ECT is the best option for Pakistan to be on safer side during the times of uncertainties.

Being an expert of energy economics, it is strongly suggested that government of Pakistan must consider joining ECT an international structure of energy in order to mitigate these losses and moreover, lessen spillover repercussions of imminent socio-economic sanctions scenarios to Iran.

The ECT has been in close liaison with Pakistani government officials and decision makers providing the required information on accession procedures through various meetings, interactive seminars and workshops with the concerned stakeholders in the country.

But now it seems that there is a degree of skepticism about ECT membership exists in some quarters of government especially in the area of ISDS (Investor State Dispute Settlement) clauses which is the part and parcel of the ECT. It provides a legal cover to foreign investments which may be in shape of Bilateral Investment Treaties (BITs) or other inter-state agreements. Pakistan is signatory to some of the oldest BITs in the world and has a mixed record with ISDS, losing some cases of international arbitration to foreign investors whilst winning others. It seems that Pakistan’s government and its main stakeholders are not comfortable have BIT fatigue, one of the biggest hurdles in rectifying the ECT right now.

There are many misconceptions about Pakistan’s future obligations under ECT not confined to providing national treatment to foreign investors and protecting their investments. They are of the opinions that by rectifying the ECT may override existing regulatory mechanism and legislative arrangements and moreover, precisely Pakistan’s right to interrupt energy transit through country will be reduced. In addition to this, there is a concern that accession to the ECT will confer protection upon companies incorporated on the territory of an ECT member country although such companies may be owned and supervised by non-ECT nationals.

Our international financial, monetary, trade, economic as well as international legal systems are so complicated and overlapped that provide both benefits as well as obligations upon signatory governments. Investor State Dispute Settlement under the ECT umbrella does not necessarily force the signatory countries to use international arbitration as a mechanism to defend their rights in case of foreign investments/investors in the country.

One must recognize the fact that both parties i.e. foreign investors as well as the State has equal right to defend its rights within the given legal framework which will in turn reduce the lengthy legal battle and resolve the conflict in shorter times. One more thing, the ECT is not a middle agent to conflicting parties. It does not force parties to a dispute to restore to international arbitration, rather offering them this option in the event that they so prefer. Furthermore, the ECT values holistic approach which is based on a core value that disputes must be settled amicably.

The ECT provides that investments of investors from contracting parties must be treated no less favourably than investments of domestic investors or investors of any third country. The principle of equal treatment is subject to standard exceptions (for example, on grounds of national security). The only specific exception to this principle relates to direct taxes, as fairness requires that taxation in the parent country be taken into account.

The ECT is also an international multilateral legal framework. More than 88 countries mostly from the EU and the former-Soviet Union, as well as Japan and Australia are members of this legally binding international management/agreement. Treaty members abide by its provisions on investment protection and dispute resolution mechanisms, whilst membership also helps countries to attract foreign investment into

Mechanism of “conflict resolution” needs to be further strengthened within the framework of Energy Charter Treaty.  There must be a pool of professionals/experts of “international law” in foreign affairs in the country to protect its the interest at international forums. Standardized operationalization, channelization and implementations of climate change policies for all the member states to achieve ecological balancing under the umbrella of the ECT is the need of the hour.