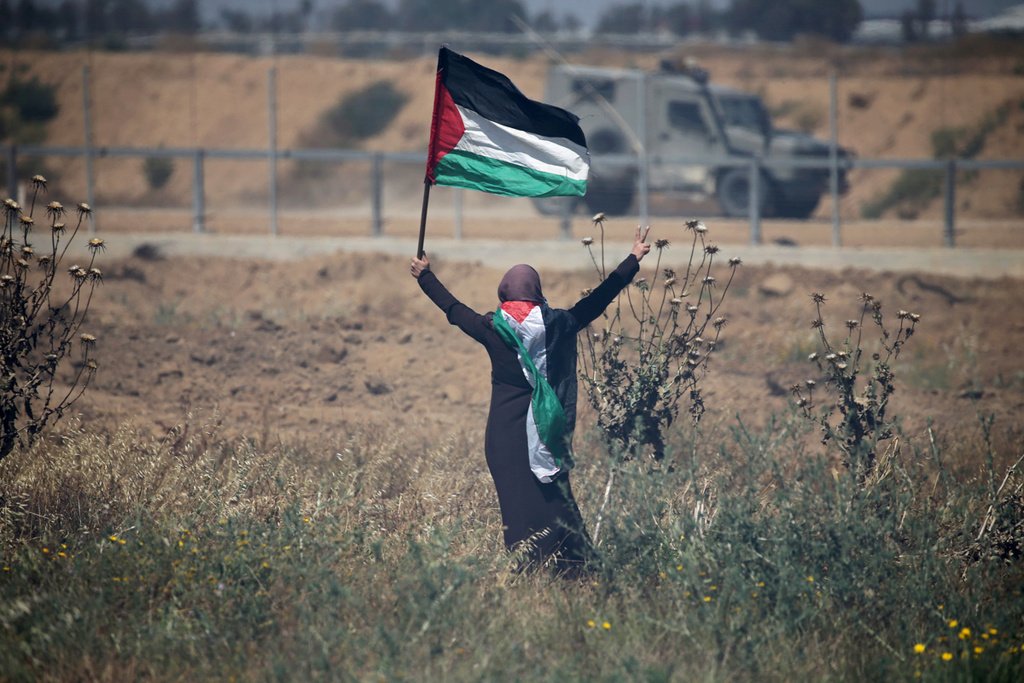 On May 15, Palestinians living around the world commemorated 72nd Nakba Day. It represents massive displacement of real owners of holy land, the Palestinians. It showcases colossal pains, grieves and sorrows of native people of Palestine. It upholds unshakable peaceful resolve of helpless Palestinians against vicious forces of Israel, the champion of illegal occupier on the lands of Palestinians. Last but not least, it also portrays unfinished struggle, uncompromised commitment and unfading desire of Palestinians to reclaim their lands from Israel.

Due to ongoing deadly and infectious coronavirus (COVID-19) pandemic and the state of emergency announced in the West Bank, Palestinians marked this year's “Nakba Day” with statements and speeches.

Palestinians on Friday marked the 72nd anniversary of “Nakba Day” (“Day of Catastrophe”) by vowing to thwart Israel’s plan to apply sovereignty to parts of the West Bank and US President Donald Trump’s plan for Mideast peace, also known as the Deal of the Century.

Despite due to natural calamity and sever cruelty of Israel  a number of Fatah activists held a small rally to protest US Secretary of State Mike Pompeo’s visit to Israel this week. The activists carried a sign “Palestine is ours, Jerusalem is ours.”

PA President Mahmoud Abbas said in a televised speech that “those who created our catastrophe wanted Palestine to be land without people or territories and were betting that the name of Palestine would be erased from the records of history.”

To achieve their goal, Abbas said, “they practiced the ugliest conspiracies, pressures, massacres and liquidation projects, the latest being the so-called Deal of the Century.”

Abbas said that “despite all the obstacles, and despite all the aggressive occupation policies, measures and violations, we are proceeding with confident steps towards the restoration of our full rights and the removal of this hateful occupation.”

The Palestine President again repeated his threat to renounce all agreements with Israel if the Israeli government implements its plan to apply sovereignty to any part of the West Bank.

On its part, Fatah faction said in a statement that it would not abandon the goals of its “revolution, particularly achieving the right of return [for Palestinian refugees and their descendants to their former homes in Israel, self-determination, and national independence.”

The immediate goal today, Fatah said, is to “confront the Deal of the Century and the Israeli plan to annex areas of the West Bank.” Fatah added that the Palestinians would “resist in every way this scheme that aims to liquidate the Palestinian cause and the political rights of the Palestinian people.”

PA Prime Minister Mohammad Shtayyeh said that the “biggest challenge the Palestinians are facing today is the Israeli threat to annex” parts of the West Bank. The move, he said, “constitutes the last chapter of a systematic campaign to destroy the possibility of establishing a Palestinian state.”

A Palestinian state can’t be established without Jerusalem, the Gaza Strip and all of the West Bank, including Area C and the Jordan Valley, Shtayyeh emphasized he added. He further warned that the Israeli plan would not only end the two-state solution, but also pose a threat to regional security and stability.

Palestine the land of unlimited prophecies and prosecutions, holy consensuses and modern day conspiracies, existence of divinity and manmade destructions last but not least mercy and mercilessness have been hub of power struggle and domination of national narratives since centuries. In this connection, Nakba Day is commemorated by Palestinians on May 15, the day after the Gregorian calendar date for Israel’s independence.

“Nakba” is the Arabic word for “catastrophe” or “disaster” and the occasion remembers the 700,000 Palestinians forced to flee as a result of the 1948 Arab-Israeli War and seek refuge in Jordan, Lebanon, Syria, the West Bank and the Gaza Strip, often without citizenship being granted.

Nakba Day commemorations typically take the form of rallies and speeches in cities around Israel, the West Bank and Gaza, with Palestinian marchers commonly brandishing placards, flags and house keys, the latter symbols of the homes and still-deserted villages their families have not been allowed to return to.

However, this year the rallies have been cancelled amid the coronavirus pandemic. Palestinian president Mahmoud Abbas has officially authorised digital activities to observe the anniversary, with many planning to join virtual reality tours and Zoom video chats.

This year’s is the 22nd since Palestinian Authority president Yasser Arafat inaugurated the day in 1998 in response to Israeli celebrations marking half a century of independence, but it had been unofficially commemorated as early as 1949.

Till day, more than 5.3 million Palestinian refugees live outside of Israel were  victims of ethnic cleansing during the 1948 conflict and insist on their right to return to territory they consider their homeland.

Israel refuses to meet the demand because doing so would compromise the Jewish nature of the state defying Resolution 194 passed by the UN in 1948, siding with Palestinians on the issue.

As Palestinians around the world mark the 72nd year of their resistance to Israeli dislocation and dispossession, thousands gathered online for a virtual rally to commemorate Nakba Day and stood in opposition to land theft and annexation.

Justice, equality and dignity in Palestine/Israel must include Palestinians realizing their right to return home. Nakba means catastrophe in Arabic, and Nakba Day refers to the destruction of hundreds of Palestinian villages and the violent expulsion of 750,000 Palestinians that began with Israel’s founding, and that continues to this day.

The catastrophes of the Nakba continue through ongoing land theft and expulsion. Israeli annexation means more deeply entrenched apartheid, more home and village demolitions, and the further loss of Palestinian land, livelihoods, and connections.  All Palestinians stand together in resistance.

Palestinians suffered the pain of displacement between tents and camps and used to sleep on ground under the sky since 1948. Their original homes were stolen and they were left to live in crowded camps.

According to the Gaza Health Ministry, at least 47 Palestinians were wounded by Israeli soldiers during the latest protests. Witnesses said the soldiers fired live ammunition, tear gas canisters and rubber coated steel bullets to disperse protesters and keep them away from the fence.

The loyal Palestinians have been confronting the Israeli occupation since 1948. It has been unending journey during which hundreds of thousands innocent people have been martyred, wounded and kept in prisoners.

Unfortunately, Palestinians have also been victim of state terrorism and racist policies of Israel. Constant apartheid policies of Israel has badly damaged basic core of the society. Nevertheless, it has been vivid reflection of its collective struggle, determination, nationalism, patriotic spirits and above all political means to defend its rights of independence despite all hurdles.

With the passage of time, Israeli occupation has been further strengthened which is still being implemented and making lives of common Palestinians miserable and crestfallen. Israeli policy of annexation and grabbing of land from the real owners (Palestinians) have been creating havocs in the lives of our people.

Despite all hurdles Palestinians are still fighting against all odds and hold the flag of steadfastness and hope that one day siege of darkness and injustice may be over and they will reclaim their lost paradise from illegal occupier Israel in the days to come. 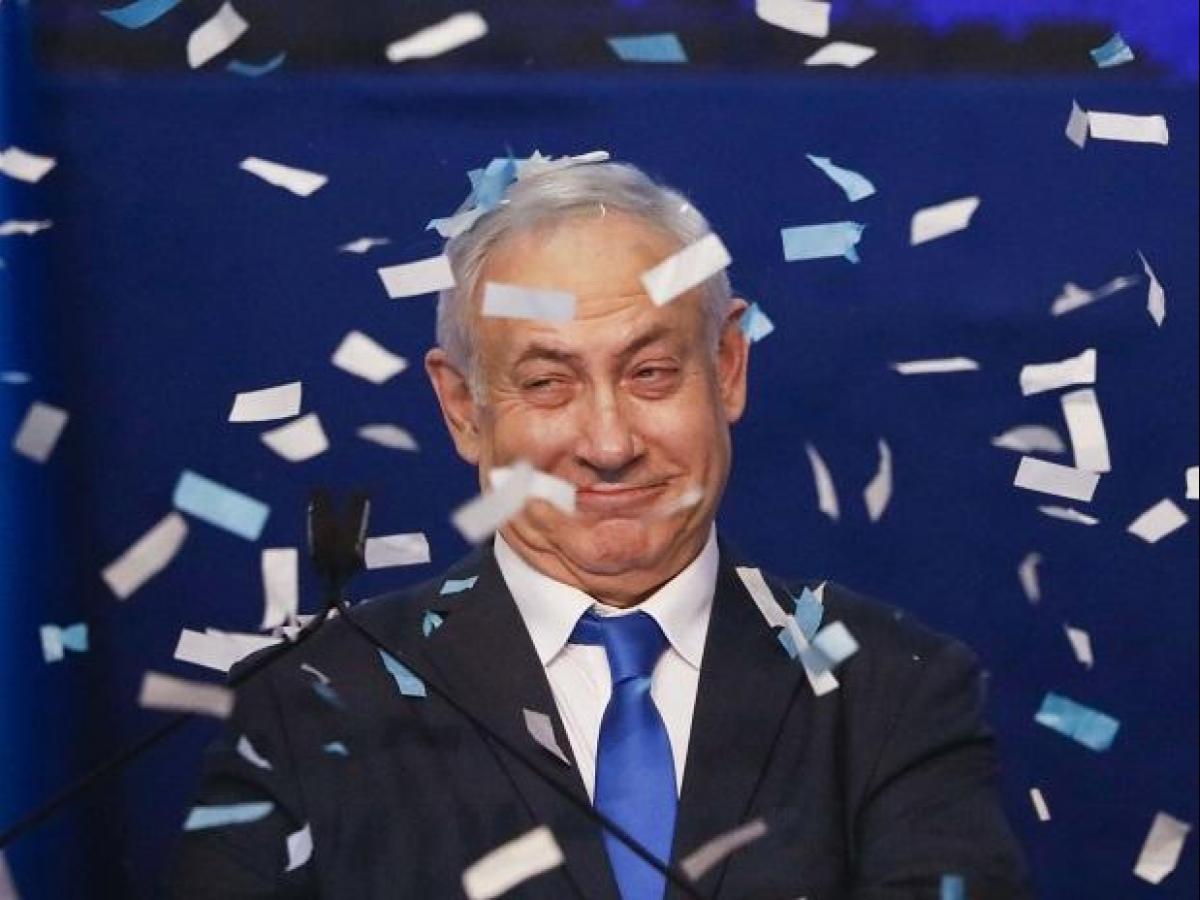