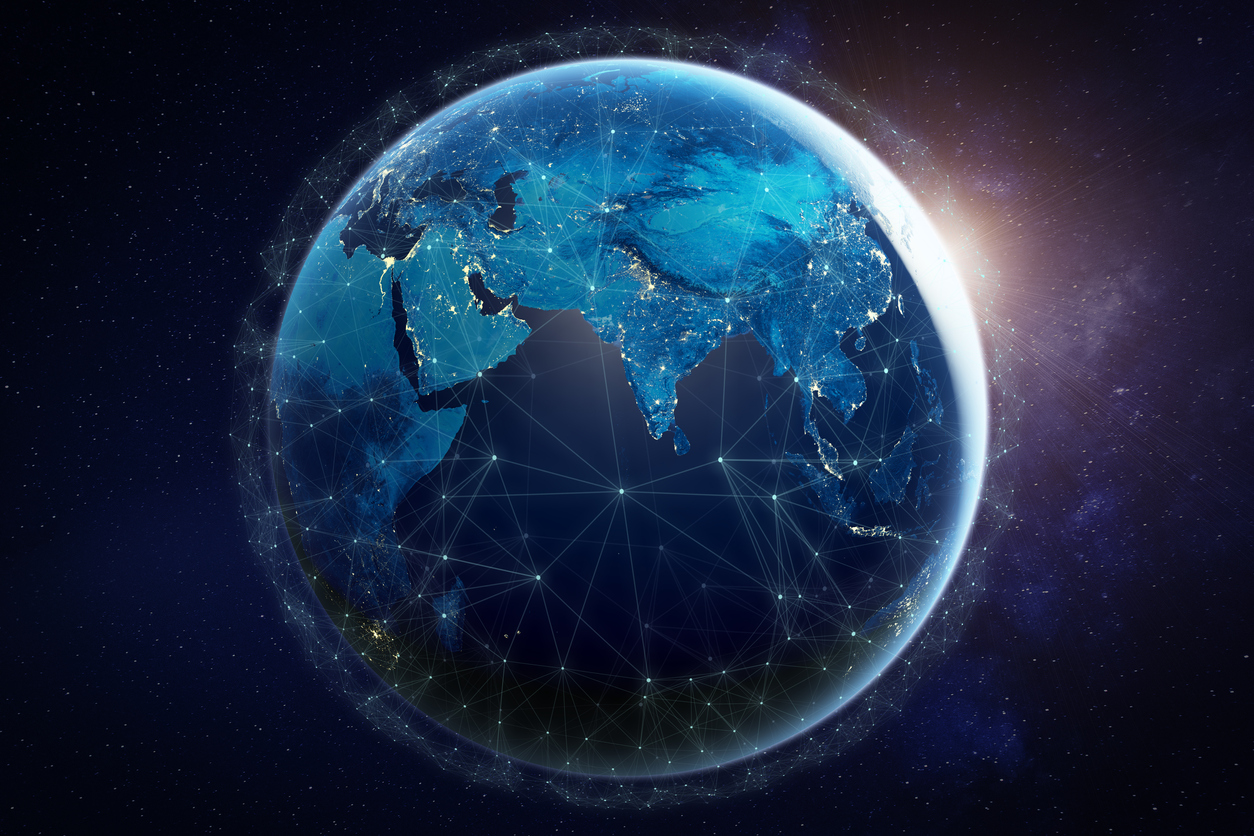 Wars are the areas where countries' future is determined.

War is a survival problem of a state and it’s future determined. History began with wars, states were born through war, grew up with wars, and disappeared again through wars. The Victory of Pyrrhus in 279 BC, means “a meaningless triumph at all costs”. Pyrrhus (Pirus), king of Epirus, wanted to capture Rome. His army entered to İtaly and won the war near Taranto. But lost were too much on both sides. Pyrrhus triumphed but lost much. After the war turning to the soldiers Pyrrhus said: If we win another victory like this, we're done.

Sometimes the victory can be seen easy but result can be a disaster. Similar internal dynamics lead to similar foreign policy behavior. When the major power policies are examined in the historical process; it can be easly seen that social, economic, psychological and demographic factors of a country influenses its policies and can be easly leads it to war. In fact, the great powers must also arise or disappear at the end of a war and conflict.

While the European countries depleted each other, they lost their position as the world power.

Nowadays, some countries around the Mediterranean are looking to regain such an easy victory. Particularly European countries are examined in this respect, inexperienced leaders in Europe, such as Macron, who do not have the ability to manage, are quite willing to do so. However, those who have some knowledge of history know well that France has not been able to win a serious war for the last 200 years after sacrificing itself for America during the American War of Independence. The French, who provided unlimited weapons, equipment and ammunition for the establishment of the United States, just because of their hostility to the British, lost his power. France also failed to exploit the chance of economic recovery after the Paris Treaty of 1783. The efforts of the French to establish a permanent 150,000-strong army and build a navy in order to gain a better place in the world balance put country under debt and eventually internal confusion appeared.

Americans have easily found a place in the world balance of power, after taking advantage of the competition in Europe and using these countries against each other. After this, they followed the same strategy during both the First and Second World Wars, waiting for the Europeans to lose their power in the wars, and at the last moment they entered the wars and easily seized the superiority in the balance of world power. In this respect, it is really interesting that the European powers make three mistakes one after another and transfered their superiority with their own hands.

Europeans realized that they were no longer world power during the “Suez Crisis”.

Like the Pyrrhic victory, Europeans who’s still celebrating each year World Wars Victory with great ceremonies, don't seem to understand the truth. It is a fact that they celebrate the loss of world domination. Whereas the British and the French suffered bitterly that they were no longer a world power during the Suez Crisis in 1956 because of their lack of strategy knowledge.

As it is known, after withdrew financial support from the US and UK while constructing the Aswan Dam, Egyptian leader Cemal Abdül Nasır (1918-1970) approached the Soviets who gave unlimited support to the Project. Nasır nationalized the Suez Canal to finanse the Aswan Dam. The French and the British took Israel to their side in October 1956 and attacked to Egypt. But the Americans left themselves alone, and in November 1956 they had to retreat in desperation. Nasır used the balances very well and managed to defeat the British and French even though they had achieved all their military goals. This event showed that British and French were no longer a World power. In addition to that some of the British and French colonies gained their independence as a result of Suez Crisis. The Suez Crisis was the last war in which the British and French alone used force in the multilateral equation.

The Ottomans were strong even at their weakest moment.

Before the First World War, the British and the French despised the Ottoman just as Phrrhus belittled the Romans. However, the Ottomans, whom they thought were weak, would create miracles in the war because of their “historical and cultural depth”. Austrian television concludes the documentary “Anatolian Turks and the Ottoman Empire” as follows: “The Ottoman Empire was spectacular even when it collapsed.” (Bardakçı, İlhan. İmparatorluğa Veda, 2002: 56).

Indeed, during the years of Ottoman Empire collapsed, it was still powerful. Years of wars further developed the already existing culture of war and created a truly high class of command. This class knew how to fight and specialized not only in tactics but also in strategy. The Ottomans entered the First World War with six aircraft, but the number of aircraft reached 300 in the end of the war. Even at the end of the war, the Iranian operation continued. And even at the last moment, he did not submit to his enemies, he was upright. Ottomans were a glimmer of hope for the oppressed nations, a resistance against injustice and oppression. it is not possible to see the power of some countries in numbers.

On the other hand, the British and the French, despite winning, were exhausted. Post-war European production had fallen almost fourfold compared to the previous war. Inflation in England increased, the business world was in trouble. Moreover, social problems have begun. Politicians could not see the future. A British economist said in desperation: We have gone beyond what we can stand.

Military power may not always be enough alone.

The British and the French had won World Wars but ultimately lost their superiority. It is not possible to predict the future directly in terms of time and space. However, certain results can be drawn by evaluating historical data. When the current environment is examined, it is seen that with the new power centers that emerged, the living spaces that the great powers can exploit are getting more and more narrow. In a such environment, it is witnessed that military power directs foreign policy as before. However, as seen throughout history, it is seen that military power alone is not sufficient for victory. In the science of strategy, having military power does not necessarily mean using it. Unless power is used, it makes sense as a means of pressure. Power can not be a weapon after use and in this respect the use of military force involves risks.

Arbitrary and unlimited use of force by France and the United States is not in the interest of these countries.

When history is examined, it is seen that no state can control big terrain a long time, regardless of its power. And no power can not figth with multiple forces at the same time for a long time. But some of the statesmen, who lack strategic foresight throw their countries into multiple wars in a meaningless way. For example, while France continues to suffer due to economic difficulties and there are social incidents in France, Makron is trying to fight in different regions. In addition to the war he was struggling to pursue in Mali, he had the power to participate in the war alongside Caliph Hafter in Libya, to engage in adventures in Syria while massacres with French weapons in Yemen and at the same time embark on endless adventures in capturing hydrocarbon resources in the Eastern Mediterranean. This doesn't seem very wise according to strategic rules. The French intellectuals and the French must understand the fact that such use of force is a source of disaster for France as well as for the world. Wars are inherently risky, and the French government endangers the future of their people with irresponsible attempts. On the other hand USA authorities makes same mistake while to create a crisis more than one country such as countries Russia, China, Iran and Korea. it is not possible to become a force by constantly fighting.

It is a fact that states that know strategic principles about using power are wise and put other countries into war on their behalf. In this regard, it is thought that German and British executives who interpret the past experiences well are more cautious and rational. As a matter of fact, the response of James Jeffrey, the special representative of Syria, offered to Germany to send land troops to the north of Syria but was given negative response by Germany. The German rulers were not pushed forward like inexperienced French rulers and did not risk losing their power in the swampy Syrian territory. War is loss of money and power. The cost of an airplane without using any weapon for one hour is more than $ 25,000. One Tomahawk missile is worth $ 1.6 million, while the US unmanned aircraft dropped by Iran is worth $ 170 million. Statesmen should inform the public about the cost of the crises they decide.

West did not behave fairly towards Turkey.

US President Trump said that "Turkey has not been treated fairly in." He has clearly stated. Turkey is one of the most important power in the Middle East and Eastern Mediterranean. Turkey is the state with the longest coast on the Mediterranean Sea and can not be ignored in this region. it is unacceptable for Turkey not to benefit from the Mediterranean resources. Proposed plans are against international law and keeps Turks completely out. While some of the states that has not even a meter shore in this region claiming rights, the Turks cannot be expected to sit on one side and wait. This is not justice. The principles of the French revolution were justice, freedom and brotherhood and justice is needed not just for the French, but for everyone.

West should not lose an ally like Turkey with such inconsistent policy. Threats and sanctions are unlikely to work on such vital issues. Very well known that such decision mostly raised by fanatic politician whose influenced foreign lobbies.

These decisions do not serve peace and stability in the World. However, the situation is concealed from their communities or not sufficiently informed by the administrators of these countries.

After the Second World War while Western Countries directing resources to their economic development, Turkey has maintained a strong army for years for he purpose of protecting Europe despite Turkey’s huge economic losses. Nevertheless, with a perception from the past, Turks were seen as a guarantee force to be used by the West without being shared with any prosperity. This is not a healty approach. West changed it’s axis not the Turkey.

While some countries throw bombs on children and women in Syria without any responsibility, millions of refugees are staying in Turkey for years as a host. Not only S-400 air missile issue for only defence but also not treated fairly, in many cases against Turkey. Without changing western negative approach and unfair practices to Turkey in a short term, the Turkey will inevitably be lost by the West.

In this region, the smart ones will win, and those who use their power in vain will lose. The idea of “victory at all costs” is not always true. In this respect, the results of the Pyrrhic Victory should always be kept in mind.

P.S. Turkish text of the analysis can be found here.